Leo is a loving, sweet, and ornery five year old who lives on a ranch in Oklahoma with his family. He enjoys swimming, being outside and riding horses. Leo encourages us to look for the positive in each day and to enjoy the ride.

We invite you to watch his video, read his story, and subscribe to our podcast to listen to an interview with his mom & dad.

This is Leo's Story

Lauren and Bob welcomed Leo to the world via c-section following a typical pregnancy. Shortly after birth, Leo had trouble feeding and maintaining his body temperature. Upon discharge, Bob and Lauren noticed that Leo was having muscle spasms. About a week later, they took Leo to a children’s hospital where an MRI showed white matter and brain bleeds.

By the time Leo was 8 months, the couple grew more concerned that Leo had stopped eating and was not meeting milestones. They took him back to the hospital where a swallow study showed that he was aspirating liquids. Leo underwent g-tube and fundoplication surgery. While they were in the hospital, the family was presented with the opportunity to do Whole Exome Sequencing, in depth genetic testing, which is usually a long process.

Three months later, Leo was diagnosed with Aicardi-Goutieres Syndrome, a rare genetic disorder that affects the brain, spinal cord and immune system. There are only 400 cases known in the world. Doctors who presented the diagnosis knew very little about the syndrome and shared that life expectancy was only a few years. Leo’s diagnosis affects almost every aspect of his daily life, including the way he moves, sees, eats, and communicates.

Lauren and Bob joined a Facebook group for families of children with Aicardi-Goutieres Syndrome and quickly found their tribe and life changing direction. The families in the group encouraged them to reach out to the Children’s Hospital of Philadelphia (CHOP). The doctors at CHOP welcomed Leo with open arms and the family flew from Oklahoma to Philadelphia for a compassionate care drug trial. The family has continued to travel 3-6 times a year for the past 3 years for care with the team who are the only experts in the world. “We were told to not expect Leo to live very long at all when first given the diagnosis, but he has continued to surprise everyone with not only living but thriving in his own way,” Lauren explains.

Today, Leo is a loving five-year-old who likes swimming, being outside and riding horses on the family ranch in Oklahoma. He enjoys the freedom of a wheelchair for mobility, a g-tube to eat, and an AAC eye gaze device to communicate. Leo works hard in Speech, Occupational, Physical and Aquatic therapies and his family celebrates every inchstone. Lauren shares, “Our number one goal is to give Leo a life filled with joy and as many experiences as possible.”

Throughout the month of March we will be shouting loud for Leo!

So click here to shop now where every purchase in March will go towards helping the family save up for a wheelchair accessible van. To help support kiddos like Leo every month, click here to start a monthly subscription.

Every purchase in March will go towards helping Leo’s family save up for a wheelchair accessible van. 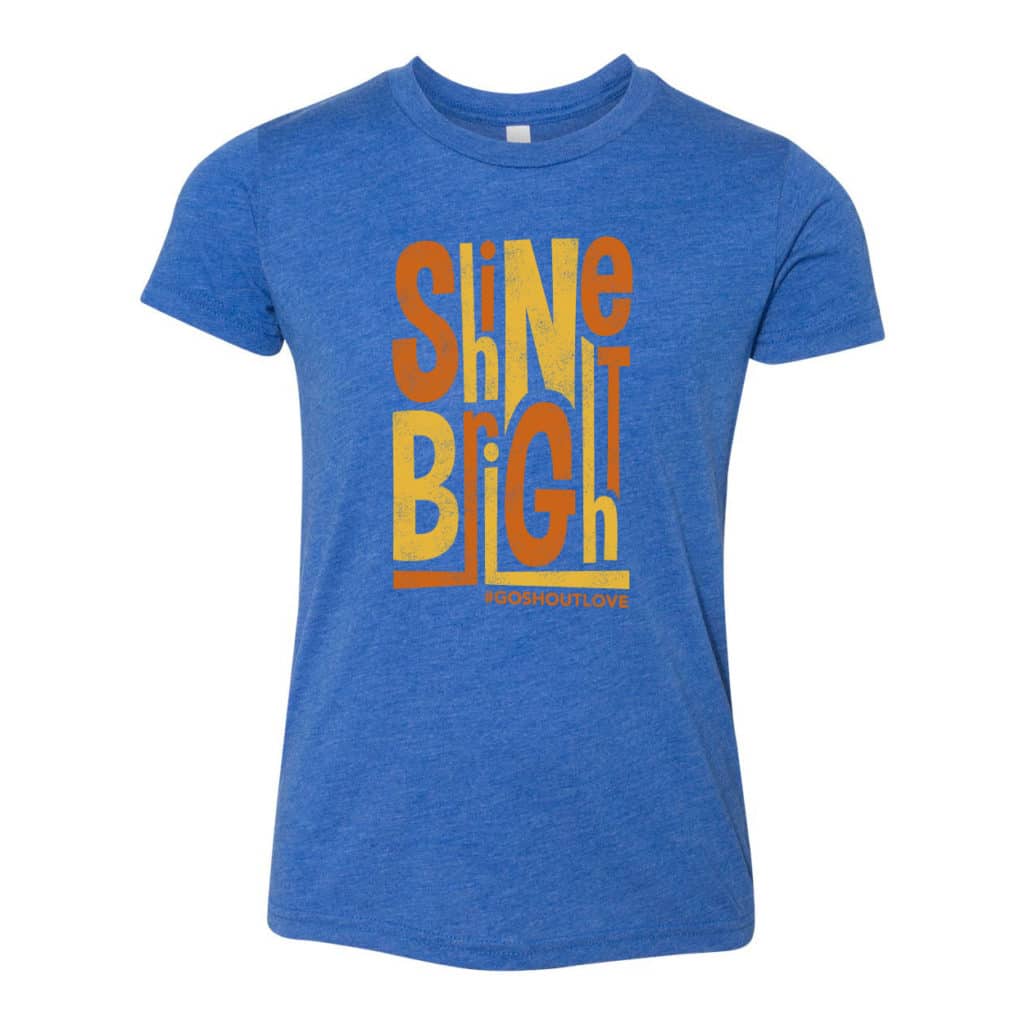