Emma and Abby are sisters who not only share a sibling bond, but also share an ultra-rare condition. These sweet girls live in Centennial, Colorado with their parents Mark and Mariah. Emma is a sweet and laid-back girl who loves swimming and music, especially music from Frozen! Described as loving and feisty, Abby also enjoys swimming and all things sensory, especially her pacifier.

“Our girls are perfect for exactly who they are, but if I can give my girls a better life, I’m going to fight every second to do that.”

This is Emma & Abby's Story

Emma and Abby are sisters who not only share a sibling bond, but also share an ultra-rare condition. The girls’ parents, Mark and Mariah, explain, “We believe that even though lightning may have struck twice for our family, it’s still a beautiful life full of so much love.”

Emma was born in October of 2016. She spent about nine days in the NICU for feeding difficulties. When Emma was about three months old, Mark and Mariah noticed her doing a little crunching movement. They wondered what she was doing and if she was just trying to sit up. The crunching movement started pairing with episodes where she would stop breathing. Emma wore an oxygen monitor at night and it began to go off in the middle of the night. Mariah would pick her up and wiggle her and she seemed to be okay. Then Mariah witnessed Emma turn a little bit blue and pale and her concern grew. She took Emma to her pediatrician, where at first, they believed it was just the oxygen monitor overreacting and not being accurate. They decided to treat Emma for reflux. As they were leaving the pediatrician’s office, Emma had a crunching movement episode and turned blue. They called an ambulance and headed to the Children’s Hospital. Emma continued to have more episodes in the hospital. She was admitted and had an EEG. The neurologists said that Emma was having Infantile Spasms, which are minor seizures, but they have a very devastating effect on development. Mariah explains, “These little crunching movements are paired with a background brainwave activity that puts them in constant seizures and their brains can’t learn because the electricity is just too erratic in their brains.”

They were told the range of outcomes could vary. She could grow out of them, be treated, or she could never walk or talk. They started treatment of high dose injection steroids and her seizures stopped. As soon as the medication round ended, the seizures returned. They tried a variety of different treatments and worked through side effects. At the end of the treatments, they were never able to get total control and Emma still has daily seizures.

Emma’s epilepsy progressed from Infantile Spasms to Lennox-Gastaut Syndrome. She eats completely through a G tube in her stomach. She has cortical visual impairment and is considered legally blind. Emma loves to coo and enjoys swimming. “She’s our little rock star,” Mariah beams about her daughter.

Mark and Mariah underwent extensive genetic testing when Emma was about a year and a half old. Everything came back normal. They did not find any genes linked to epilepsy. They were told it was a random occurrence in Emma and there was a very low percentage chance that it would happen again. They decided to grow their family and Abby was born almost two years to the day Emma was born.

When Abby was about six weeks old, Mariah noticed a little eye roll and her concern began. She took Abby to the pediatrician, who referred them to a neurologist. The little eye rolls got progressively worse. Mariah recalls, “I remember sitting on the nursery floor with my husband and my mom one night and we were all in shock thinking this is not happening again.” Instead of waiting to schedule an appointment, they decided to take Abby to the ER, where an EEG revealed that Abby was also having Infantile Spasms. The couple found themselves facing a second Diagnosis Day.

Mark and Mariah learned about effective treatment from their experience with Emma and advocated to treat Abby more progressively with a high dose of steroids. After three rounds of steroids over the course of six months, Abby became Infantile Spasms free. Her seizures are still well controlled. She occasionally has small seizures induced by stress or sickness. Mariah describes Abby as their feisty little girl, who gives the biggest smiles.

Emma and Abby receive physical, occupational, and feeding therapies, including periodic Intensive Therapy Camps in Los Angeles and Texas. In feeding therapy, both girls do “vital stim” where electrodes are placed on their throat and face to help strengthen their oral muscles. Emma is working on learning to swallow and Abby is working on learning how to chew and how to be a stronger eater. The girls also enjoy massage, music, and aqua therapies.

The family completed Whole Genome Sequencing and learned that Mark and Mariah unknowingly passed on mutations of the THAP12 gene, a gene that science knows practically nothing about. They suspect the broken copies of the gene are causing the ultra-rare disease, which Emma and Abby are the only ones in the world to have.

Mariah and Mark launched Lightning and Love, a nonprofit research foundation. The goal of the foundation is to research the THAP12 gene, find a gene replacement therapy and create a protocol for other families going through similar journeys. They are currently using zebrafish and mouse models and are in the process of establishing cell models from skin biopsies to study the gene.

Mariah explains the hope that is the driving force behind the research, “Our girls are perfect for exactly who they are, but if I can give my girls a better life, I’m going to fight every second to do that.”

Throughout the month of September we will be shouting love for Emma and Abby!

So click here to shop now where every purchase in September will be used to support research with the goal of creating genetic therapy that will give Emma, Abby, and kids with the same diagnosis in the future the best possible life.

Every purchase in September will support research of THAP12 genetic disease with the ultimate goal of creation of a genetic therapy to help give Emma, Abby, and kids diagnosed in the future the best possible life. 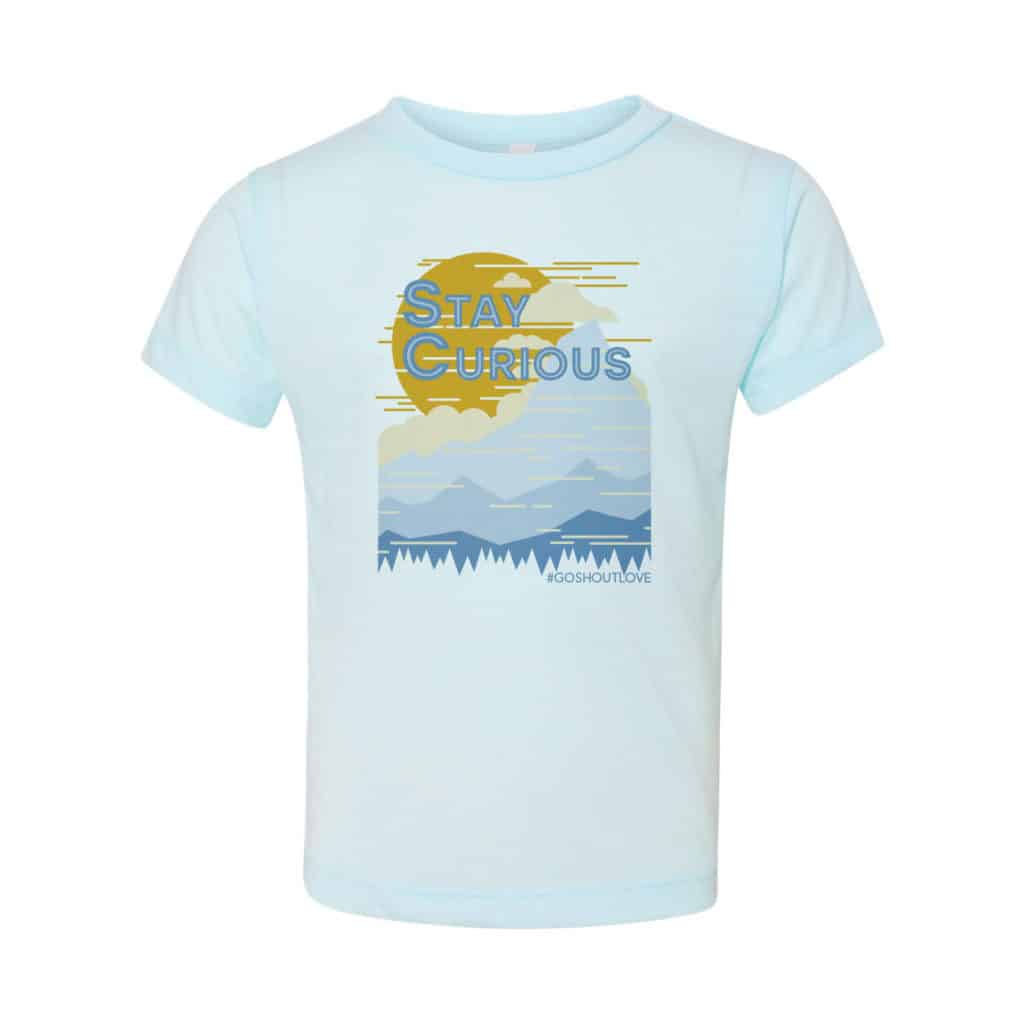