Ryder, 7 and Harper, 3 live in Placentia, CA with their mom, Ashley and their dad, Alvaro. Ryder and Harper love to do the typical things that any seven and three-year-old love to do. They love trips to McDonald’s with their parents, dance parties at home, and eating sweet treats.

They are also both living with rare diseases. Ryder was born with Williams Syndrome and at two and a half years old was also diagnosed with post pump chorea. Harper was born with severe level three autism and 3p 26.3 deletion.

We invite you to read more about their story and support Ryder & Harper through a purchase from our shop where every purchase will help with costs related to giving Ryder and Harper the medical care they deserve! You can also subscribe to our podcast and hear our interview with Ryder & Harper’s parents releasing April 9th.

“Ryder is a kid who loves his blanket, music, and peanut butter cups. Harper always smiles when we take her to McDonald’s for French fries, when we dance, and when we spin her around as fast as we can.”

This is Ryder & Harper's Story

Ryder’s diagnosis, Williams Syndrome, is a developmental disorder that affects many parts of the body. He was officially diagnosed with this at two years old. At two and a half years old he underwent open heart surgery due to supravalvular aortic stenosis. Explained by Ashley, “His aorta valve was so small it was working as a body builders heart in a little baby’s body. He was very tired all the time, born blue and low blood sugar.”

The morning of his surgery he was standing up and walking around the hospital room just fine. The surgery went fine and was considered successful, but four days post operation they noticed something was off. Ashley explained that they went to bring chicken nuggets to Ryder and he could not even hold the nugget up to his mouth to eat it. Ryder was unable to move the way he was before the surgery and had completely regressed. The doctors were unsure of what was going on and did not have answers for them.

Ashley texted a friend who had gone through something similar a video of Ryder to see if she could provide suggestions. Her friend immediately said, “Ryder has post pump chorea.” Post pump chorea is a movement disorder caused after an allergic reaction to the plastic on the pump. This caused Ryder to regress back to a newborn state, he had no neck control, no eye contact, and he could no longer feed himself.

From that day forward Ashley and Alvaro fought with everything inside of them for their son and Ryder fought for his life. He has had to relearn how to function again. Ryder has had Deep Brain Stimulation (DBS) surgeries, which was supposed to help with his post pump chorea symptoms. The DBS has helped immensely with Ryder’s movements, they are not completely gone, but they are more controlled and he’s gained a lot of his skills back. Ryder is walking now and just recently has begun to feed himself with a fork again. He is doing incredible and fighting every day.

Four years after Ryder was born, Harper came along. Ashley did not notice any different behaviors or anything unusual with Harper until she was about one. At first Ashley thought she may just be mimicking behaviors she saw in Ryder, who was going through behavioral therapy at the time. Then Ashley noticed that Harper was starting to spin and spin and spin for several minutes at a time, rocking herself back and forth, hitting herself, and using no language – just lots of screaming. Ashley knew in her gut that something was going on and started researching autism.

She went to the doctor and asked for a referral for neurology and the doctor brushed things off saying that Harper was fine, but Ashley continued to press them. She made appointments herself with the specialists and went through all the steps and testings to get a diagnosis for Harper. They then set up 12-hour-a-week behavior therapy at home. Shortly after this it was confirmed that Harper did have autism. The doctors wanted to have Harper genetically tested due to the history with Ryder. The genetic testing showed that Harper has a 3p 26.3 deletion. They informed Ashley that they had never seen another child with the exact deletion that Harper had. Typically kids are missing the whole gene, and Harper is missing a tiny part of it. This could be the reason why Harper has autism. This deletion can affect her development, but how much it will affect is unknown due to the rarity of it.

Both Harper and Ryder have two completely different and extremely rare deletions. It is easy for one to read stories like ones of Ryder and Harper and to feel overwhelmed at the thought of what their family has gone through. It would be easy to think that their parents could throw their hands up in defeat and frustration, but when you sit across from Ashley and Alvaro and when you take a peek into their lives you see nothing but extreme love, dedication, and passion for their children. Harper is currently thriving in school, using her words, making friends and meeting her goals. Ryder is crushing the limits that were set on him by a doctor who could not see past his textbook research. These are children who cannot and will not be defined by their diagnoses.

Ashley shares on her Facebook page, “The most important job I’ll ever have is raising my babes to know with every fiber of their being that they can be and do anything. They are so fiercely loved. Everyday I tell my babes these affirmations, ‘I deserve love. I am doing my best. My dreams are possible. I am so loved. I am enough. I am smart. I am a good friend. I am kind. I am unique. I am powerful. I can and I will change the world. I’m rad. I’m perfect the way I am.’”

Throughout the month of April we will be shouting love for Ryder and Harper and three other kiddos with their own special and unique stories. It is a great honor to tell Ryder and Harper’s story and to share their story with our shouters. We hope you will join us in getting to know these four incredible families.

So click here to shop now where every purchase will benefit Ryder, Harper, and their  family! You can also start a monthly subscription and shout love for great families each month! 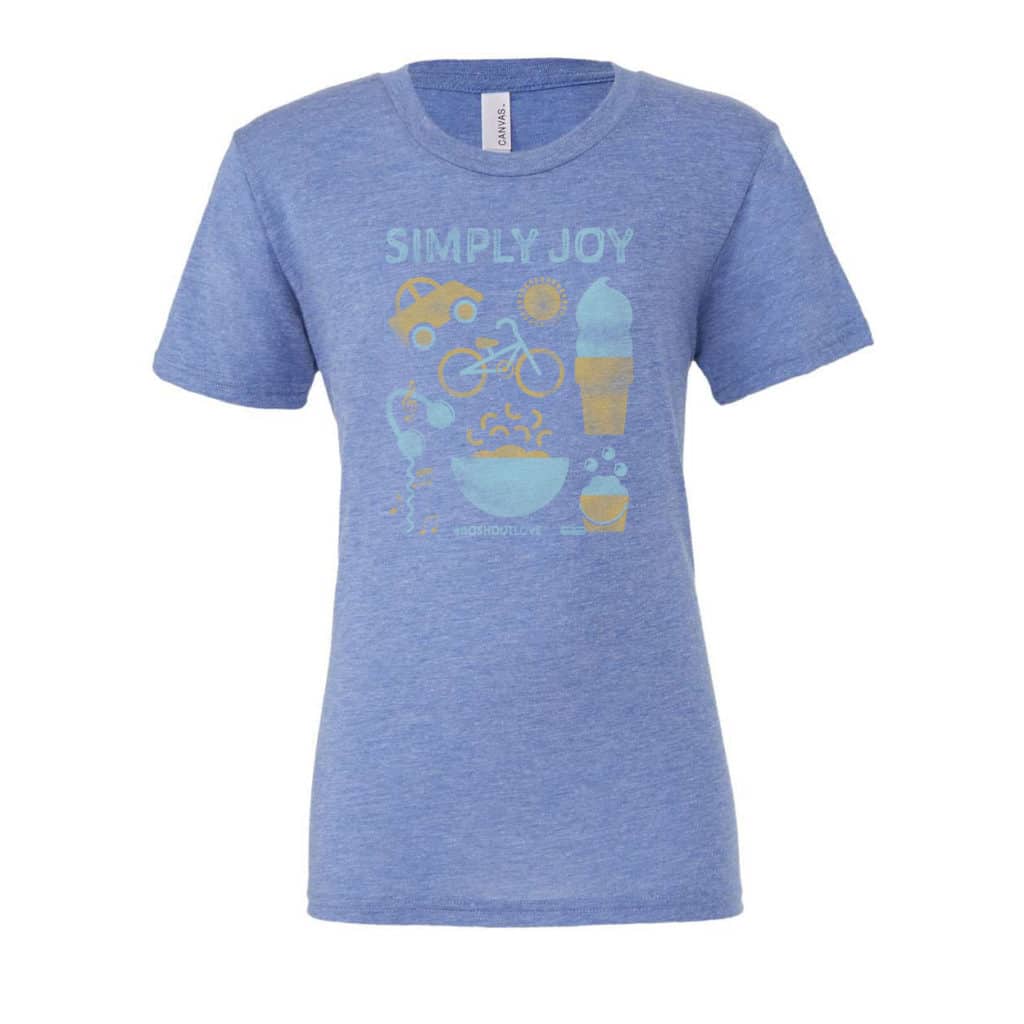